Skip to content
Latest News
Have an Active Fall!
Have a Healthy and Safe Fall!
Did you know that our “third eye” is an actual gland?
Catarrh intestinal for the newborn
15 basic tips for the stage after forty
Diet, food & cooking

She was born into this world as a chubby baby weighing 4 kg, by the time she turned 1 she had lost the baby fat and became a skinny kid, that didn’t last for long, the skinny era ended when she turned 5 years old. A happy active kid, who used to dance in front of the TV since she was a 4-year-old, clueless little girl, didn’t know what life had in store for her. An indescribable appetite for life she had, reflected in the way she ate, taking after her mum her immensely sweet tooth. As a kid, she wasn’t aware of what she was supposed to eat at the time. On one hand as mother’s nature of wanting to see her kid the happiest in the world, whenever her daughter requested something to eat, the request was granted instantaneously, on the other hand, Parent’s nature obliging their kid to finish whatever served on their plate and not to be dismissed unless the plate is squeaky clean.

I happen to be that kid, a daughter of an athlete/militant for a father and a chemist/housewife for a mother. Each one of them had a different approach to nutrition; My mum “Eat what makes you happy” but my dad “Eat what you want as long as you move”, for me both entailed eating and as a kid I followed their instructions thoroughly, the eating process preceded the moving process and consequently my eating capabilities exceeded my moving capabilities.

They first signed me up for gymnastics class but I didn’t pass because I was too heavy to qualify, I was so sad at the time knowing that my older sister had passed when she was my age, I went onto the next sport, Karate, the infamous martial art, this time, me and my cousins were kicked off the team together, for not being able to climb the rope, Why, you may ask ? you guessed it, WE WERE TOO HEAVY!

Aside from those 2 sports, Jumping in the water, brought the mermaid in me out and I thought to myself “I finally found a place where my weight didn’t matter” yes a kid thought of that. Unfortunately, that didn’t last for long either, my parents couldn’t handle the demands of the swimming practice at the time, whether it was at 5 am or right after school, luckily they pushed me onto the next sport following my siblings’ footsteps by joining the handball team. I was stereotyped and labeled from day one, earning my position on court as the “Goal Keeper” as it was perceived at the time as the “Non-moving position”. All you need to do is block the balls and prevent them from passing the goal line and entering the net, and from that point forward I became “The Chubby Kid on the court” 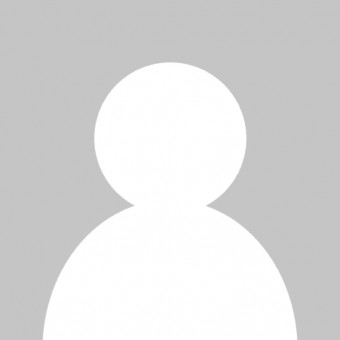